We have the vision to hold  large-scale Hope missions and smaller evangelistic events in the SW in God's perfect time.  On the 10th of March we held a vision-sharing event at Arena Park in Exeter. Dr Tony Stone, who is on my Council of Reference, was the guest speaker and delivered a powerful and very challenging message. There are multitudes to reach for Jesus in the SW! May the Lord's will be done.
N.B.  Due to technical issues with the camera card and battery it was not possible to record the entire meeting and some of Tony Stone's message was not recorded but nearly all of it was, by the grace of God.
Introduction
The HFE Steering Group, is made up of Christians from different churches in the Exeter/Exmouth  region and the Chair is Cath Whitehead, one of the leaders of Maranatha Church in Exeter. The HFE Committee has invited Alex Bowler, who was the South West Evangelist with The Evangelization Society for seven years, to preach at a Hope Mission in the region in the future as well as at smaller Hope Mission events . Alex, who became a Christian at the Billy Graham LIFE Mission in London in 1989, received the call to preach through Dr Graham and was uniquely privileged to have had the personal support of the late Maurice Rowlandson, the UK Director of The Billy Graham Evangelistic Association, for 21 years. 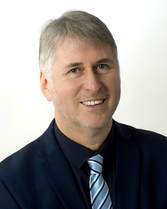 Alex says "I am thrilled to have been asked to preach the gospel in Hope Mission events to reach the people of the South West with the glorious gospel of Christ. There are multitudes in the valley of decision and we have the answer - JESUS!  We look forward to putting on various events as a build-up to a larger mission in the future, God willing."