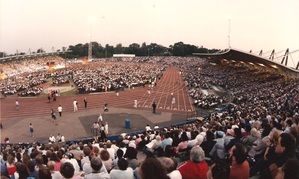 It was at a Billy Graham Mission event in London in 1989 that Alex received Jesus Christ as his Lord and Saviour. As he stood in front of the platform God also gave him the call to preach the gospel of Christ, a call that he is now fulfilling in his role as leader of Alex Bowler Evangelism.  Alex says: "As  I stood in  front of the platform at Crystal Palace  Stadium I watched as Dr Graham scanned the crowd. Suddenly, something amazing happened. I felt something come upon me and God spoke into my heart as Billy Graham looked at me and He  told me that I was to do the same work as Billy Graham, for His glory. At the end of the meeting I stood staring  at the podium as the sun was setting and I prayed,  "Lord, please use me in that way." 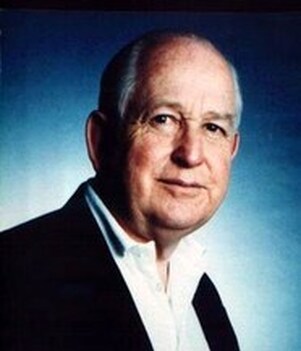 ​In 1994 Alex met with the Evangelism Secretary of the Evangelical Alliance in London, who encouraged him to write to Maurice Rowlandson, the Director of the Billy Graham Evangelistic Association in the UK, to tell him about God's call upon his life. As a result of this, Alex was invited by Maurice Rowlandson to meet him in London. Following that meeting Maurice Rowlandson heard a recording of a message, based on Galatians chapter 6 verse 14, which Alex had preached at a tent mission in Taunton, and invited him to meet with him in London again. It was at this second meeting, at an Italian restaurant where Maurice had sometimes dined with Billy Graham and the BGEA team, that he told Alex that he was going to help him in his ministry as an evangelist. This was indeed a powerful confirmation of the call that Alex had received that night in Crystal Palace stadium, to follow in the footsteps of Dr Billy Graham. 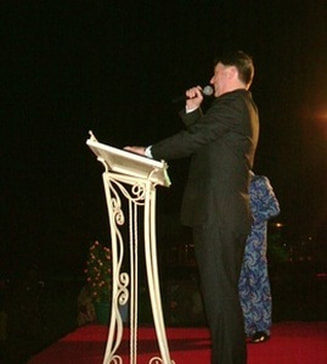 ​​Several years later, at a meeting of evangelists in London, Alex was approached by a very well-known American Bible teacher, who told him: "Alex you are in a very privileged position. Maurice Rowlandson has never helped  another evangelist in the way he is helping you."  Recognising the truth of this statement Alex says: "I am so thankful to God for all that Maurice Rowlandson has done to help, guide and encourage me since our first meeting in London. What an immense privilege it is to have been helped in my ministry as an evangelist for 21 years by the man who God chose to direct the work of the Billy Graham Evangelistic Association in the UK for over 30 years!"