a tribute to maurice rowlandson 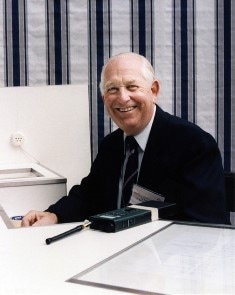 My dear friend Maurice Rowlandson passed peacefully away into the presence of Jesus his Saviour on the morning of the 13th of August 2015 just two days short of his 90th birthday. Maurice was the Director of the Billy Graham Evangelistic Association in the UK for many years. In 1994 he took me out for lunch to the Italian restaurant in London where he had dined with Billy Graham and told me that he was going to help me in my ministry as an evangelist! I am so thankful to God for our friendship and for all he has done over the years to help and guide me. 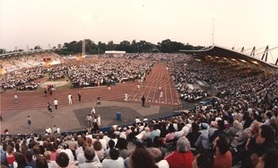 Maurice Rowlandson was used by God to organise some of the greatest gospel missions the United Kingdom has ever seen, with thousands upon thousands of people registering that they had committed their lives to Christ in such venues as Wembley stadium and Crystal Palace Stadium where I was saved by Jesus, through watching live broadcasts of the Billy Graham missions on large screens and through watching recorded messages by Billy Graham on TV. We thank the Lord so much for this great and truly humble man of God. We need another 'Maurice' in our nation today!
It's been such a great privilege to be Maurice's friend! He has helped me so much and his friendship and encouragement has meant so much to me. He was one of the greatest friends I have ever had. We'll meet again one day!